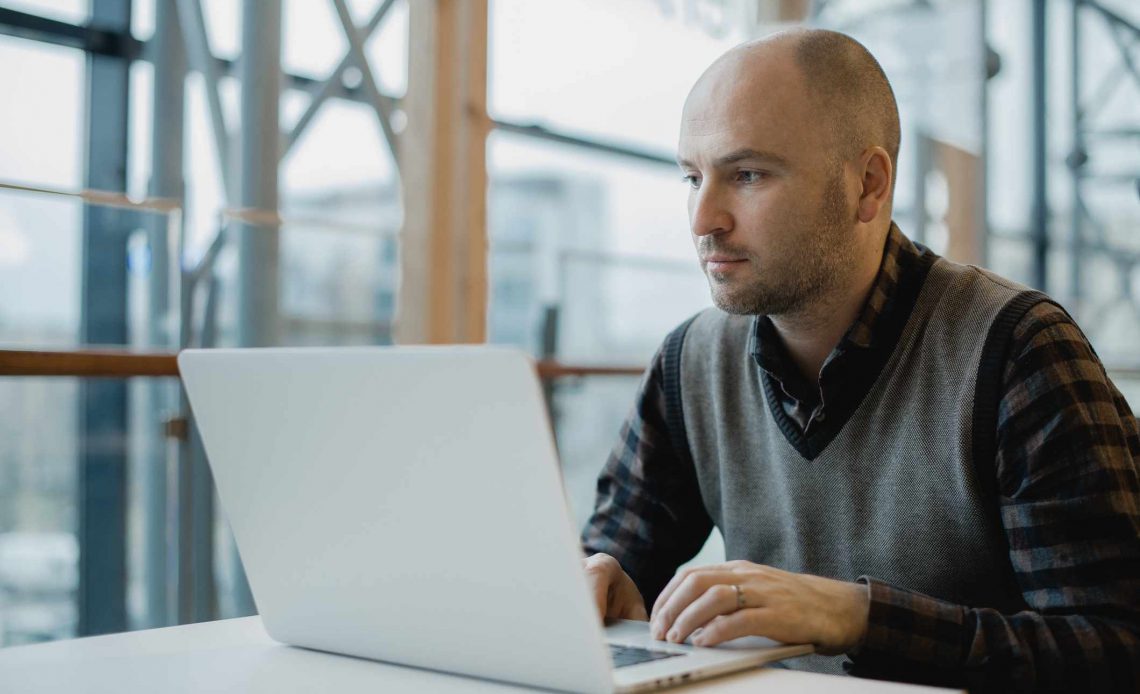 The make utility determines automatically which pieces of a large program need to be recompiled, and issues the commands to recompile them. The manual describes the GNU implementation of make, which was written by Richard Stallman and Roland McGrath.

The make utility isn’t limited to programs. You can use it to describe any task where some files must be updated automatically from others whenever the others change. The make command is most commonly used in a common process to build software from its source code.

The Make Command in Action

This is a common example of how to use the make command on Linux. Usually, it’s part of a simple three-step process to build open-source apps from their source code.

These examples show C programs since these are most common, but you can use make with any programming language that can run its compiler with a shell command.

More often than not, this is how you’ll see the make command used. There may be more complex procedures than this or slight variations, but it’s never too complex.

The section below is a technical breakdown of the make command. If you’re looking to make the absolute most of make, refer to the options below.

This page is an extract of the documentation of GNU make. It is updated only occasionally because the GNU project doesn’t use nroff. For complete, current documentation, refer to the info file make.info which is made from the Texinfo source file make.texinfo.

Syntax and Preparation of the make Utility

To prepare to use make, you must write a file called the makefile that describes the relationships among files in your program and states the commands for updating each file. Typically, an executable file is updated from object files, which are, in turn, made by compiling source files.

Once a suitable makefile exists, each time you change some source files, the shell command make suffices to perform all necessary recompilations. The make program uses the makefile database and the last-modification times of the files to decide which files need to be updated. For each of those files, it issues the commands recorded in the database.

The make utility executes commands in the makefile to update one or more target names, where name is typically a program. If no -f option is present, make looks for the makefiles GNUmakefile, makefile, and Makefile, in that order.

Normally you should call the makefile either makefile or Makefile. (It’s recommended that you use Makefile because it appears prominently near the beginning of a directory listing, near other important files such as README.) The first name-checked, GNUmakefile, isn’t recommended for most makefiles. Only use this name if a makefile is specific to GNU make and won’t be understood by other versions of make. If makefile is —, the standard input is read.

The make utility updates a target if it depends on prerequisite files that have been modified since the target was last modified, or if the target doesn’t exist.

The -b and -m options are ignored for compatibility with other versions of make.

-C dir changes to directory dir before reading the makefiles or doing anything else. If multiple -C options are specified, each is interpreted relative to the previous one: -C / -C etc is equivalent to -C /etc. This is typically used with recursive invocations of make.

The -e option gives variables taken from the environment precedence over variables from makefiles.

The -f file option uses file as a makefile.

The -i option ignores all errors in commands executed to remake files.

The -I dir option specifies a directory dir to search for included makefiles. If several —I options are used to specify several directories, the directories are searched in the order specified. Unlike the arguments to other flags of make, directories with -I flags may come directly after the flag: -Idir is allowed, as well as -I dir. This syntax is allowed for compatibility with the C preprocessor’s -I flag.

The -k option continues as much as possible after an error. The target that failed, and those that depend on it, cannot be remade. However, the other dependencies of these targets can be processed all the same.

The -l and -l load options specify that no new jobs (commands) should be started if there are other jobs running, and the load average is at least load (a floating-point number). With no argument, it removes a previous load limit.

The -n option prints the commands that would be executed, but does not execute them.

The -o file option doesn’t remake the file even if it’s older than its dependencies and does not remake anything on account of changes in file. Essentially the file is treated as old and its rules are ignored.

The -p option prints the database (rules and variable values) that results from reading the makefiles. It then executes as usual or as otherwise specified. This also prints the version information given by the -v switch (see below). To print the database without trying to remake any files, use make -p -f/dev/null.

The -q option sets question mode. It doesn’t run any commands or print anything. It returns an exit status that is zero if the specified targets are up to date, nonzero otherwise.

The -r option eliminates the use of the built-in implicit rules. It also clears the default list of suffixes for suffix rules.

The -s option silences the operation. It does not print the commands as they are executed.

The -S option cancels the effect of the -k option. This isn’t necessary except in a recursive make where -k might be inherited from the top-level make via MAKEFLAGS or if you set -k in MAKEFLAGS in your environment.

The -t option touches files (marks them up to date without changing them) instead of running their commands. This is used to pretend that the commands were done, to fool future invocations of make.

The -v option prints the version of the make program plus a copyright, a list of authors, and a notice that there is no warranty.

The -w option prints a message containing the working directory before and after other processing. This may be useful for finding errors from complicated nests of recursive make commands.

The -W file option pretends that the target file has been modified. When used with the -n flag, this shows you what would happen if you were to modify that file. Without -n, it is almost the same as running a touch command on the given file before running make, except that the modification time is changed only in the imagination of make.